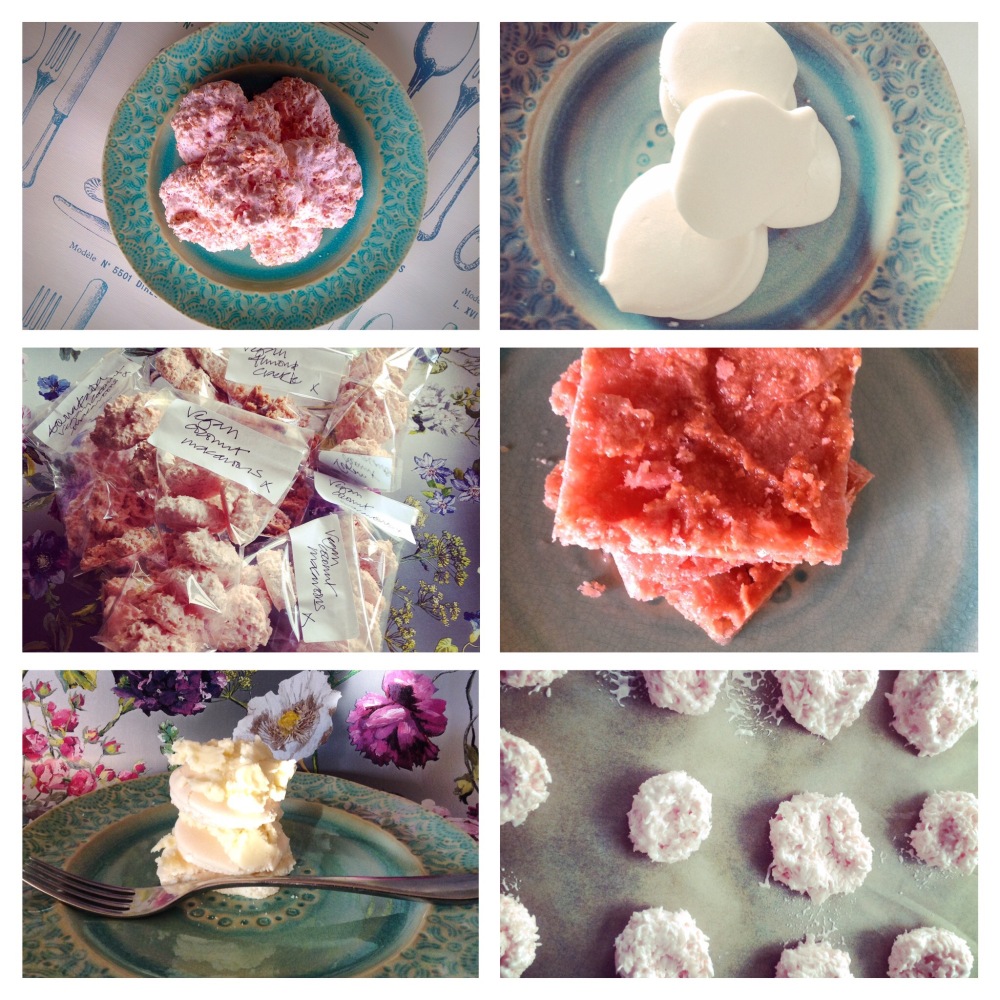 Let’s be honest, chickpea juice doesn’t sound very appealing does it? Aquafaba is a magical discovery…the liquid you find in a can of chickpeas or beans can be used to replace egg whites!

This gloopy juice contains starches, proteins and soluble plant solids which have moved from the pea or bean into the water they were originally canned in. The juice  will thicken up and foam just like egg white when whisked up with sugar and cream of tartar.

Even though I don’t really eat sweet things any more I really wanted to try this. I thought it would be lovely to be able to make sweet treats as little gifts for friends, I hope to be able to somehow adapt the recipe and use less sugar.

I used the juice from one can of chickpeas, a whole 500gm box of Tate and Lyle icing sugar which is vegan and GM free. Some vanilla essence and about 4 tablespoons of corn starch as I couldn’t get my hands on any cream of tartar (which seems to give the best results.) I also only have a hand blender so it was pretty hard going as it takes a while to thicken. After about fifteen minutes of whisking, whilst gradually adding in the sugar and corn starch it began to form peaks and thicken up. Magic! I popped mine on a baking tray in little blobs and baked them for about 40-50 minutes at 140 C

Add coconut to make macaroons, a little food colour to jazz it up or layer meringue discs with a filling, I used bananas blended with coconut oil to make a creamy frosting. I need to experiment a lot more with this as you can use Aquafaba in so many other recipes as an egg replacement. I heartily recommend having a look at Vegan Meringue Hits and Misses! on Facebook, there are some incredible edibles being created there.