Yes that’s right I’m still banging on about mock cheeses …Because  I have exciting discoveries to share with you!

After feeling pretty pleased with myself after my “Moquetta” creation I decided to try something similar with cashews. I simply blended cashews with a little olive oil, nutrional yeast and paprika and pressed it into a little pot with a weight on top and popped it in the fridge over night.  And here it is, the paprika combined with the nutritional yeast gave a nice rich taste and it had a nice smooth buttery consistency, good for spreading on crackers and toast. 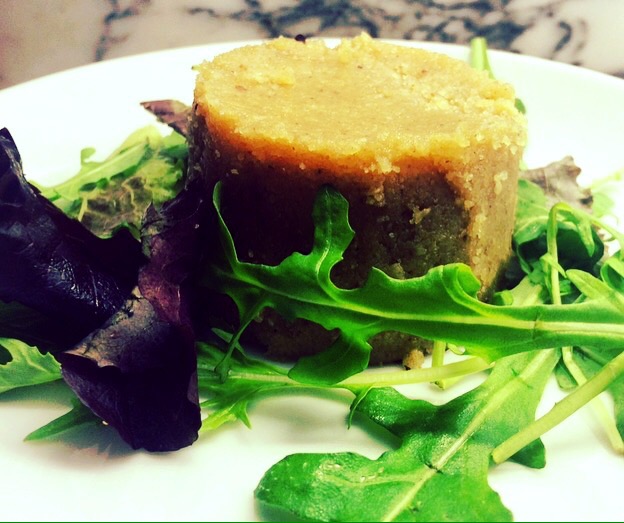 And then I discovered Cooking With Plants this recipe is simply amazing and it’s so ingenious because it uses sweet potatoes and sweet marinated peppers! By adding Agar Agar, a Japanese algae that acts like gelatine this clever mixture sets so it will slice and gave the same consistency as cheese! I served mine with walnuts and my aramanth crackers.

And then I got really carried away and coated it with my roast piri-piri spiced peanut crumb which gave a  lovely spicy crunch against the rich velvety potato and pepper mix. 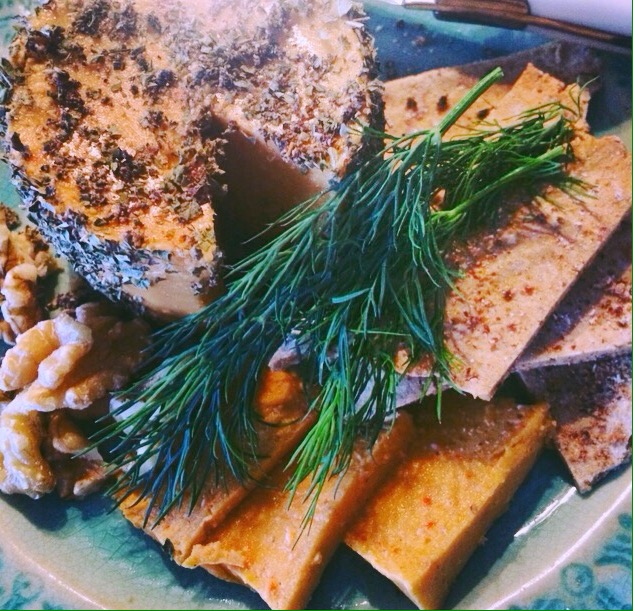 But if experimenting with nuts and sweet potatoes doesn’t float your boat all is not lost, because there is a delicious substitute vegan cheese out there which goes by the name of  Violife. It’s made predominantly from coconut oil and starch and is gluten and soya free. They have a whole host of flavours and even do a mozzarella and Parmesan style which melt and crumble just like the real thing. I get mine from Holland and Barrett 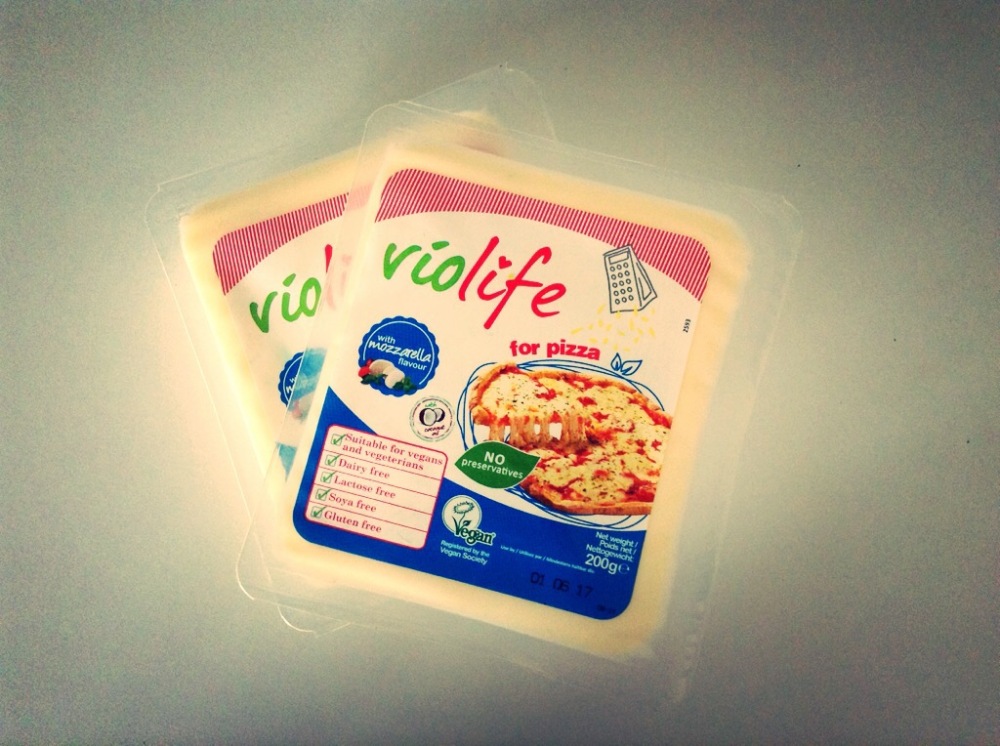 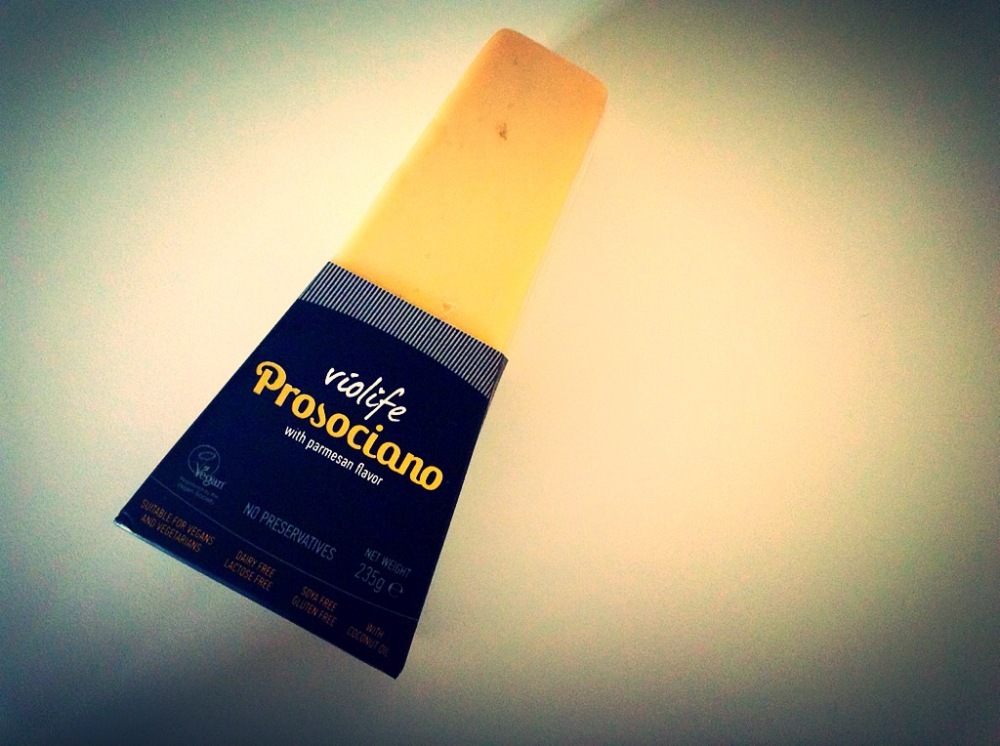 I also must mention this incredible book by Miyoko Schinner who makes artisan vegan cheeses, this book is packed full of incredible recipes, mozzarella, Camembert, I haven’t tried any yet but watch this space…. 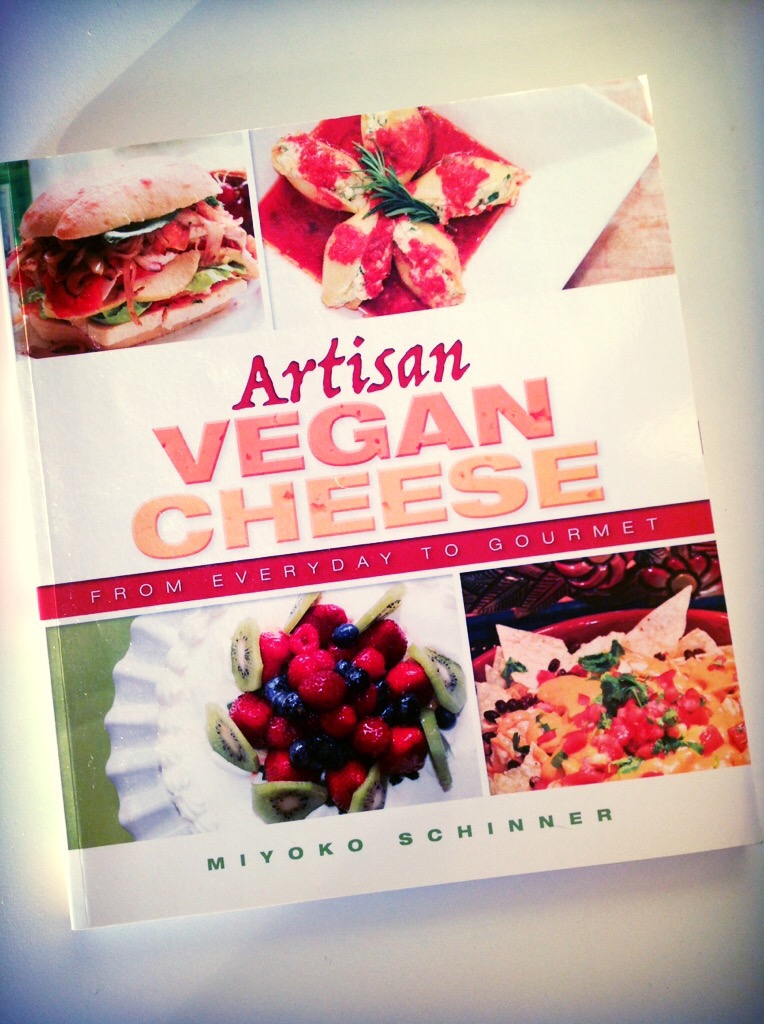