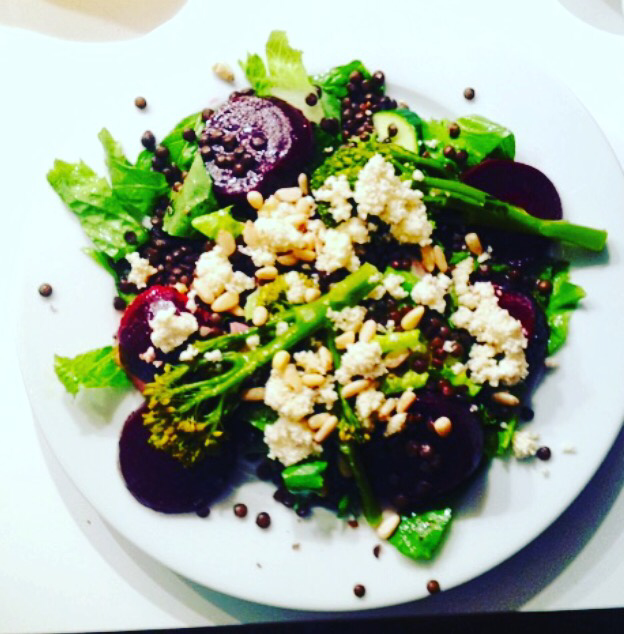 There are lots of mock cheeses out there, some of them are delicious and frankly some of them are just plain nasty. (Sorry but it’s true) This was my very first ever attempt about two and a half years ago at trying to formulate a ricotta-esque type vegan cheese to crumble on to salads.

I present to you Moquetta (see what I did there?)

I had been hearing about all these amazing about nut cheeses and decided to try using almonds as that was all I had to hand.

I simply soaked about 250gm skinned almonds in water for about four hours, then I blitzed them in my food processor. I added a tbsp of nutrional yeast and a teaspoon of garlic powder. I popped the resulting gloop onto some muslin and then then drew the muslin up around the gloop so it formed I little bag which I twisted and twisted to squeeze all the excess moisture out. Into the ‘fridge over night et voila!

It adds a nice bit of crumbly creaminess to a dish and lends a subtle cheesish flavour, thanks to the nutrional yeast. Here it is on a jaunty salad of beetroot, broccoli and lentils with pine nuts.